About Oregon Pinot Noir and the Willamette Valley

The Willamette Valley AVA is a fertile triangular region of more than 100 miles long and up to 60 miles wide. The Valley climate provides an elongated grape-growing season that is said to be ideal for Pinot Noir. Winter is typically cool, wet and mild. Spring is oftentimes rainy and summers are warm with cool evenings. An important distinction is the Willamette Valley location on the global 45th area is considered to be an ideal climate for viniferous grape growing; it is said to provide the ideal balance of temperature, humidity and soil.

The Willamette Valley’s rich soils are the beneficiaries of massive Ice Age floods called the Missoula Floods. Geologists estimate some 40 floods between 15,000 and 13,000 years ago left up to 200 feet of rich fertile sediment on the Willamette Valley floor and hillsides, according to John Eliot Allen and Marjorie Burns’ Cataclysms on the Columbia.

Winemaking in the valley — in all of Oregon, in truth — is predominantly artisanal or handcrafted with an eye toward creating world-class wines. What’s more, being good stewards of the environment is a way of life here. A whopping 48 percent of the Willamette Valley’s vineyards are certified sustainable according to the Willamette Valley Wineries Association. Oregon wine producers are driven by a desire to have their wine expresses the place it’s from. This inherently requires that they grow their grapes naturally. Winemaking in Oregon so often is about capturing the essence of the beauty and elegance of the state in a glass of wine. 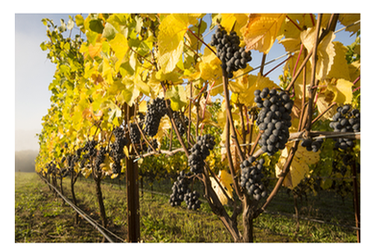 at the vineyard level are buttressed by fervent policy engagement to guide and secure the industry’s collective goal to rise together and continue its journey in premier wine production. Since 2001, the Willamette Valley has been divided into seven sub-AVAs (American Viticulture Areas), which resulted from Explore Oregon Wine Regions petitions or formal requests from within the wine industry. These AVAs are distinguishable by geographic features, within boundaries defined by federal authorities. With more of these AVAs in place, smaller Willamette Valley regions are able to distinguish themselves to consumers. 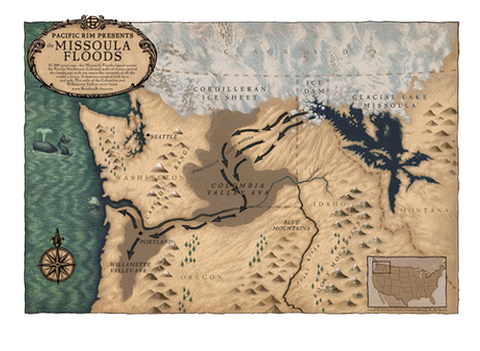 The Oregon wine industry also rallied around the creation of a state labeling law to safeguard quality. The law states that a wine’s origin and type must be properly labeled. The law established a 90 percent minimum varietals content, meaning that in order to call it a Pinot Noir, it has to be made from at least 90 percent Pinot grapes, instead of the current national standard of 75 percent. The same is true for regional naming; if a wine is claimed to be from the Willamette Valley, at least 95 percent of its grapes must come from the Willamette Valley. Every licensed winery in Oregon had to sign off on the mandate in order for it to be approved by state regulators.

The early Oregon pioneers of European origin were thought to bring vines along and plant acres of vineyards. Anti-alcohol sentiments forced the closure and eventual loss of most of them as Oregon was among the first states to adopt prohibition in 1913 and one of the last to end it in 1933. 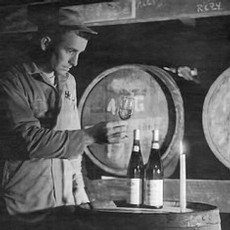 Oregon. In the early 1960s, Sommer came to Oregon with the vision of opening the first post-Prohibition winery. He hired an accomplished local attorney to help him with this heady task, which included obtaining licensure for an entirely new industry. That attorney was the father of Jim Bernau, the Founder of Willamette Valley Vineyards. Pioneering winemaker Richard Sommer would find the land for his vineyard in the Umpqua Valley outside of Roseburg and named it Hillcrest Vineyards. Observing that process up close had a profound impact on the young Jim Bernau. Before he built Willamette Valley Vineyards, Jim worked for years as a wine industry lobbyist, helping lay the foundation for the introduction of this new industry to his home state. In 1983, Jim would set his lifelong dream in motion with the planting of his first vines at the Willamette Valley Vineyards Estate. 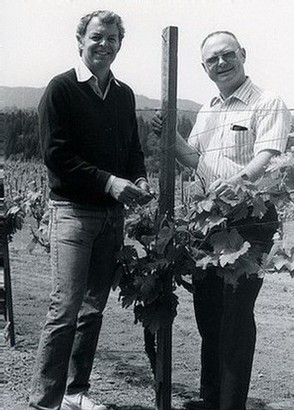 Another noteworthy industry icon, Bill Fuller, had worked for Napa Valley’s Louis M. Martini Winery for nine years before partnering with Bill Malkmus, a San Francisco investment banker, friend and budding oenophile to establish Tualatin Estate Vineyard in 1973. They purchased 160 acres near Forest Grove and planted an 83-acre vineyard. From the planting of the first vines to winning numerous wine awards, Bill Malkmus and Winemaker Bill Fuller were pioneers of the Oregon wine industry. Bill Malkmus and Bill Fuller held leadership positions in many industry associations and played a pivotal role in the formation of the state’s wine labeling law. In fact, many industry insiders credit Tualatin Estate's first wines for inspiring Oregon’s strict labeling law that today safeguards the highest standards for wine quality in the United States.

Bill Fuller’s wines won many awards in those early days. For example, his 1980 Pinot Noir and 1981 Chardonnay won “Double Gold” and “Best in Show” trophies in London’s prestigious 1984 international judging — trophies presented to Bill Malkmus by the Queen of England. That same year, Tualatin Estate was the first Oregon winery to be placed on the Wine Spectator’s Top 100 list of wineries in the world. In 1997, Bill Fuller and Bill Malkmus merged their business with Willamette Valley Vineyards and Bill Malkmus sat on the WVV board. Bill Fuller is still an integral part of the business and serves as our Consulting Winemaker to create the Vintage Pinot Noir and Chardonnay that expresses the classic techniques of his winemaking.

Sommer, Malkmus and Fuller were among a handful of early industry entrepreneurs. In Oregon, we fondly call them “the founders.” These folks and many others evoke a sense of pride in Oregonians. They have managed to capture national and international attention for their great wines.

This section is largely taken from the history chapter in “Winemakers of the Willamette Valley; Pioneering Vintners from Oregon’s Wine Country,” which was published by The History Press and written by Vivian Perry.