A complex red blend of the finest varietals from the Walla Walla Valley, this bottling celebrates the Métis heritage of Founder Jim Bernau's fourth great grandparents Catherine "Kitty" Umfreville Pambrun who worked with her husband Pierre Chrysologue Pambrun to lead Fort Nez Perce in Walla Walla, ushering in a time of peace to the trading post and Columbia Basin.

On the Nose: A blend of the finest varietals from the Walla Walla Valley, the wine opens with a nose of plum, mulberry, earth, clove and dark chocolate along with light barrel toast notes.

On the Palate: The palate is mouth-filling and juicy with dark cherry, cocoa and minerality flavors framed by firm tannins, balancing acidity and a lingering finish. 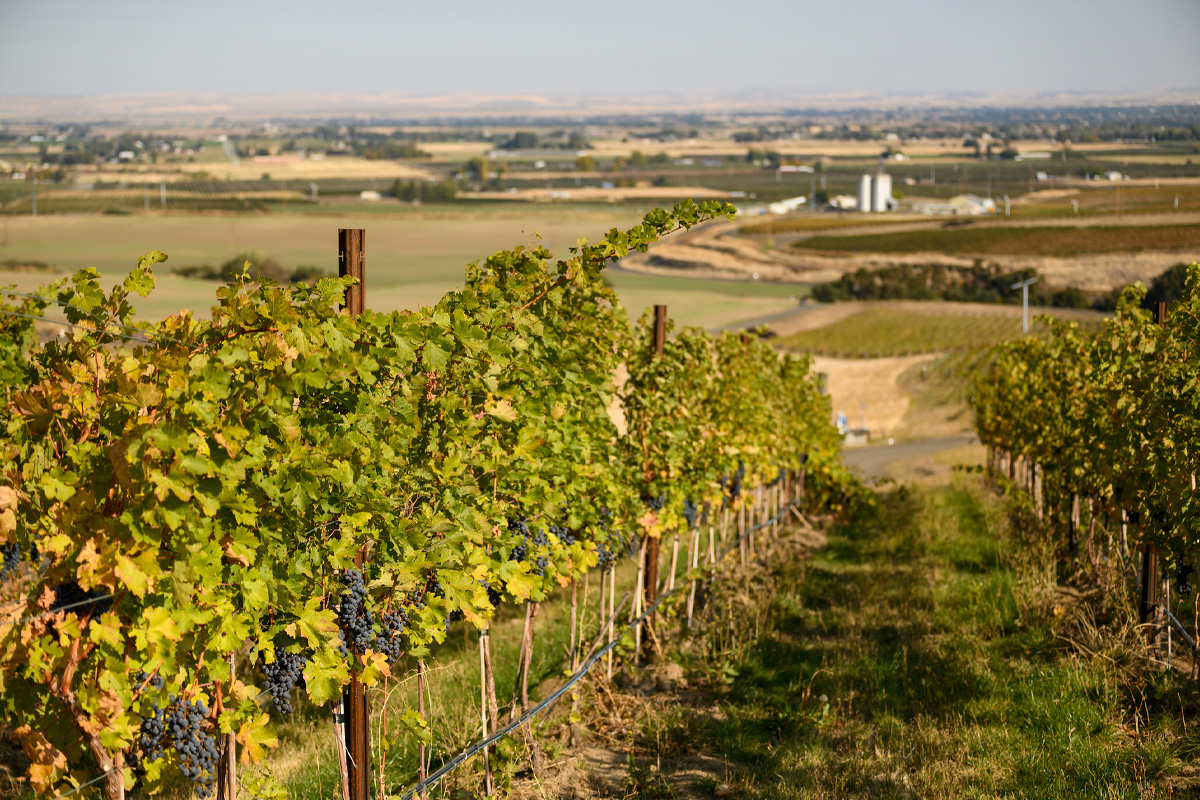 Métis is a special red blend dedicated to the offspring of the indigenous people of North America and early European trappers and traders. The Métis played a critical role in the peaceful interaction between European trading companies and settlers. They later became a powerful cultural and political force within Canada during the nineteenth century for the rights of First Americans.

Jim Bernau’s fourth great grandmother Katherine (Kitty) Pambrun operated the Nez Perce Hudson’s Bay trading post near Walla Walla with her husband Pierre, the Chief Factor from 1832-1841 ushering in a time of peace and commerce in the Columbia Basin. Katherine’s mother was Cree from Quebec. Jim’s third great grandmother, Mary McKenzie was also Métis, her mother being Iroquoian and father explorer and trapper Donald McKenzie after which the river in Eugene Oregon is named. Mary died in childbirth and her daughter Louisa Pambrun was raised by her grandmother Katherine at Fort Vancouver after Pierre died from internal injuries when his horse suddenly reared, startled by a white granite rock (glacial erratic) on his way to their garden. Narcissus Whitman cared for Pierre during Pierre’s final six days in the Whitman cabin. Katherine and Louisa moved with John McLaughlin to Oregon City. Louisa, Jim’s second great grandmother, later married Billy Carter and homesteaded Ribbon Ridge.

Quick View
2016 Pambrun Cabernet Sauvignon
Founded in 1983 by Oregon native Jim Bernau with the dream of creating world-class Pinot Noir,
Willamette Valley Vineyards has grown from a bold idea into one of the region’s leading wineries, earning the title “One of America’s Great Pinot Noir Producers” from Wine Enthusiast Magazine.