Meet the Winemakers of Willamette

The combination of art and skill that emanates from our Winemakers is what makes Willamette wines so distinctive. Get to know more about their start an styles in wine and at Willamette Valley Vineyards.

Joe knew from a very early age that he was destined for a career in viticulture and enology. Growing up in New York, his childhood hobbies included a fascination for growing plants and experimenting in chemistry. When he was old enough, his parents gifted him with a home winemaking kit and he began making all kinds of fruit wines including dandelion wine and turnip wine. While not exactly palatable, he never tired of learning about the process of transforming juice into wine.

Naturally, Joe decided to study Plant and Soil Science at the University of Vermont. After classes and in the summer he interned on a small family-owned vineyard and winery in Northern Vermont on Lake Champlain under the tutelage of a French Canadian winemaker. He learned about the basics of winemaking, cultivating grapes in a harsh Northern climate and began to develop his palate.

After graduating college, he accepted a position with Ste. Michelle Wine Estate in Washington State, where he learned about making wine in the Pacific Northwest. He was later offered a position with Gallo Family in California where he learned about brandy distillation as a spirits maker and sparkling wine production as the Senior Winemaker in charge of the sparkling wine program.

He came to discover that his true passion is in crafting premium cool climate varietals like Pinot Noir and Chardonnay. As the Head Winemaker for Edna Valley Vineyard, in one of California’s coolest AVA’s, he crafted premium and luxury wines and developed a reputation for creating award winning wines from some of the region’s most iconic vineyard sites.

Jim Bernau invited Joe to visit Willamette Valley Vineyards and he instantly knew he had found his new home. Joe proposed to his fiancé Jo in a guest suite at the Estate on the night of his interview and shortly thereafter they moved to Oregon (with their two dogs) to join the winery in the pursuit and passion of creating the highest quality Pinot Noir in the valley. 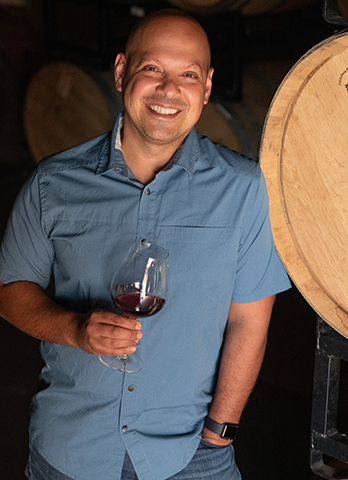 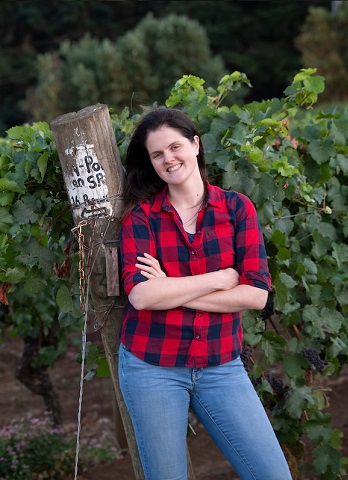 Gabi, a Quebec native, came from an agriculture background and was looking at getting involved in a related field with a focus on a full circle cycle (growing, making, selling). She decided to give viticulture a try and began working in vineyards, which led to the opportunity to work in a cellar in 2008 for her first official harvest. She absolutely loved it, and kept chasing harvest, went back to school and graduated with a Masters of Viticulture and Enology from Burgundy University in Dijon.

While working her first harvest in New Zealand, Gabi’s path crossed with a former Willamette employee. After working a little under four years at Willakenzie Estate in Yamhill, Oregon, Gabi was ready for a new challenge and there happened to be an opening at Willamette.

Gabi’s winemaking style is all about making wines that people truly enjoy drinking. She takes pride in making unassuming wines that show the sense of place and varietal typicity. She also enjoys the group effort that goes into winemaking, and that it takes everyone’s hard work from the vineyard to the tasting room to complete the full cycle.

One of the most satisfying elements of winemaking for Gabi is that, “every vintage has its own new story to write! Even though you work with the same grapes coming from the same vineyard blocks, every vintage is different from one another. There is never a boring moment in winemaking.”

Since 2019, Gabi has assumed the role of winemaker for our Elton wines. Dick and Betty O’Brien planted Elton Vineyard in 1983 and spent their lives growing Pinot Noir and Chardonnay in the Eola Hills south of Dundee. They have enjoyed providing their winegrapes to some of Oregon's most talented winemakers over the years, including Isabelle Meunier. Between Isabelle's first Oregon vintage in 2007 through the 2015 vintage, only 22 Oregon wines were awarded a score of 95 points or more by Wine Spectator. Isabelle produced 11 of those wines. Gabi has worked alongside Isabelle to craft these wines since the first vintage in 2015. Gabi continues to work with the vineyard crew to share the rich story and exquisite grapes that come from Elton Vineyard each year.

Our Winemakers have assembled a collection of their favorite Willamette Wines.

2021
2020
2019
2018
2017
2016
Founded in 1983 by Oregon native Jim Bernau with the dream of creating world-class Pinot Noir,
Willamette Valley Vineyards has grown from a bold idea into one of the region’s leading wineries, earning the title “One of America’s Great Pinot Noir Producers” from Wine Enthusiast Magazine.

Be among the first to hear about new releases, local events and wine specials.
Plus, receive complimentary shipping on your first order of $50+!